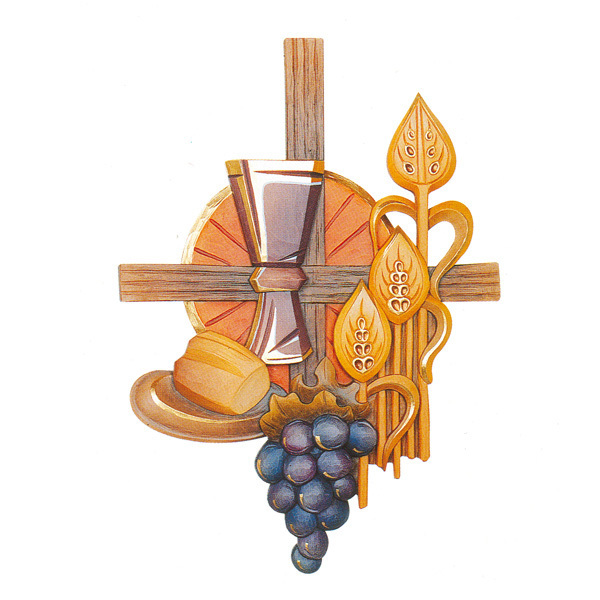 Today’s Gospel reading, which comes from the Book of John 2:1-11, marks the opening event in Jesus’ ministry – a miracle performed at a wedding in Cana. The series of miracles that Jesus performs, as set out in the Book of John, are often referred to as ‘signs’ as the miracle themselves are not nearly as important as the sign they point us to, about the ministry of Jesus.

What stood out for me, beyond the story line of this passage (where Jesus performs the miracle of turning water into wine) were the interactions between Jesus and his Mother, Mary. I was immediately drawn into the role that Mary played and the conversation, that followed, between Mary and her son, Jesus. I believe the miracle performed at the wedding in Cana - would not have occurred - without this wise woman’s intervention.

Although we do not know what relationship Jesus or His mother had with the couple being married, they must have been known to Mary, as one of the first things we are told is: “the Mother of Jesus was there”. Then, almost like an afterthought, it is added: “Jesus and his disciples had also been invited… .” We do not know Mary’s exact role in the wedding, but she is clearly involved in the wedding feast and a figure of authority with the servants.

I feel it is important to understand that Jewish marriage feasts, in Biblical times, ran for a week; offering hospitality was a sacred duty of the host. To run out of wine would have brought terrible shame to the bride and her groom. Wine was a symbol of God’s blessing. At feasts, it was usually mixed with two parts water, so don’t create a picture in your head of a drunken brawl – because that probably wasn’t the reality! For good reasons, wine was an essential element of any joyous Jewish celebration. There was even liability involved, as the host could be sued, for breach of hospitality.

So let’s enter into the scene, at the wedding, and try to visualize all that unfolds.   Mary, who obviously had a hand in the managing of the wedding feast, suddenly becomes aware that the wine has run out. Now likely there are plenty of servants who know the Cana area and could be sent out to replenish the wine supply, but – curiously - Mary chooses to go to Jesus, an invited guest at this wedding.

She goes to Jesus to inform Him. Her statement is straightforward and factual and I picture her looking deeply into Jesus’ eyes as she calmly, unemotionally, tells him:  “They have no wine.”  She does not ask anything of Jesus; she simply informs Him of the problem. Jesus is her son. He has now grown up and is no longer a child. Mary treats Jesus with the respect due an adult, and in this case, a learned Rabbi.

However, Jesus replies to his Mother, Mary:  “Woman, what concern is that to you and to me? My hour has not yet come.” Well, quite honestly, my own immediate reaction was to find Jesus just a bit cheeky: How rude of Him to speak to his Mother, Mary, in this way. However, Jesus’ words are an idiom (or a common expression from Biblical times) which does not translate well into English and so we need to dig, a bit deeper, to understand the true meaning of Jesus’ words.

Jesus words are not an act of rudeness or disrespect to his mother. Instead, they are a sign to us of the distancing of the respectful relationship between Mother and Son.   As further proof of this, you may recall, another instance in the life of Jesus, when he would refer to his Mother as “woman,”– with much tenderness - when He is dying, on the cross and entrusts her care to John. Jesus’ using of this idiom may also symbolize that his actions are no longer under her authority, but as the Son of God.   Mary has done her duty. She is not offended, nor does she question Jesus’ words. She simply turns to the servants and instructs them, with respect and authority, saying: “Do whatever he tells you.” …and I can visualize Mary, trusting – through her deep faith - that the matter now rests in God’s hands, and quietly, takes her leave.

I sense, up to the poignant moment, when Mary informed Jesus that “they have no wine” that she knew something about Jesus that he, has not yet realized about himself.   Perhaps Mary had detected a change in Jesus’ life since His departure from Nazareth. He’d now been through the wilderness, the great temptation, been baptized by John and God’s voice had spoken from Heaven. Mary would have known all this, pondered it in her heart, and knew in her being - that her son - was the promised Messiah.

So, I sense there is some motherly or female intuition going on here. A gentle nudging, to her son Jesus, that this might be the time to slowly leave the shore, wade in and test the waters. A safe opportunity, in the company of friends, presented to him by this wise woman who knows him better than any living soul. The time for him to discover who and what he truly is…for his ministry to begin. So, perhaps – with this in mind – this is why Mary went to Jesus and said: “They need more wine”.

Now, don’t get me wrong: I’m not trying to suggest that Jesus wasn’t aware that he was God’s chosen one, but he was also human – a young man, in the prime of his life. So, I can just imagine him, having a good time –a few laughs and raising a glass of wine or two –with the other disciples and wedding guests. I’ve no doubt that he might have felt some reluctance, some fear, in ‘stepping out’ from the shadows. For I’m sure that he also knew – that once his ministry started to unfold, the life that he currently knew and loved – with all its simple pleasures - would never be the same.

Subsequently, Jesus took that step and worked his first miracle: turning water into wine at the wedding at Cana. A sign which caused His disciples to strengthen their faith in Him; a sign, which might not have occurred without Mother Mary’s intervention. I believe the actions of Mary, in this story, are also a reminder for us of two more things:

1) First: that during those times in our life when the joy or ‘the wine’ runs out (in our work, our play or in our relationships) that we need to let go and offer our problems up to Jesus. We need to trust and leave things in God’s hands. God will determine when, why, and how He responds to our concerns. Like Mary, we must be willing to accept His decisions and actions by being faithful and obedient. A miracle may still be needed, but we must do what He asks.

And, 2) Second: the importance to be aware of the ‘Mary’s, who have been there for us at tough times in our lives – for their help, their nurturing that can work miracles in our lives. To be grateful to others who have encouraged us to go further than we were prepared to go, down rocky roads that we would never have dreamed of venturing.

In doing so, they have helped us to discover gifts and powers that otherwise we would not have known, and to live into our own ministries. I see Mary, as a nurturing figure who has faithfully followed Jesus throughout his life, who intuitively knew the wondrous reality that was in him. The role of women played a very important part in Jesus ministry. Jesus interaction with women helped to reveal his identity, vocation and the nature of his faithful discipleship. Jesus’ passion is watched over by the women from its preparation through Jesus’ death and resurrection. In fact, the Gospel of John narrates a faith world that would not exist without women’s participation in it – today’s story of the miracle Jesus performed at the wedding feast at Cana, is a perfect example.

Mary, the Mother of Jesus, is a shining example in the Son of God’s ministry. Confronted with a need, Mary went to Jesus. As a result Jesus took an ordinary occasion, a wedding feast, as an opportunity to act and performed a miracle. I believe this is all a sign, to follow Mary’s example: when we have a need, to offer it up to Jesus. Jesus is ever present in our lives. He will sustain us and to guide us. We only need to follow Mary’s example, by being a trusting and obedient disciple, of Christ. AMEN