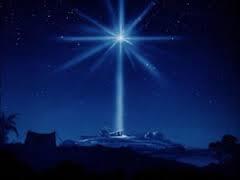 In preparing for tonight’s sermon I came across a wonderful quote from Charles Dickens.  He wrote, “I have always thought of Christmas time, when it has come round, as a good time; a kind, forgiving, charitable time; the only time I know of, in the long calendar of the year, when men and women seem by one consent to open up their hearts freely, and to think of all people as if they really were fellow passengers in life, bound on the same incredible journey”.  I love the image of people this time of year opening their hearts freely, opening their hearts to the realization that the Christmas story does have meaning and that its significance is the liberating message that on this night new hope, real hope, a hope that will never be extinguished or relinquished is once again born for all of us.

On this night we celebrate the fact that with God all things are possible because the Hope of The World was born to us, the Prince of Peace and the author of our Joy was given to us and the Good News, the truly Good News of God’s love came to us in the birth of Jesus.  The good news of God’s love for us came on this night in a most unlikely way.  Born to a poor, young unwed couple in a barn and announced by angles to lowly shepherds in a field, Jesus came into our world and the world would never be the same.  The unconditional love of God for us became one of us, the unconditional love of God became flesh and we would learn through His life that love is the way, that love is the truth, that love shall set us free, and that love will lead us all home.

The birth of Jesus brought us the good news that we are loved and that we can love, but there is one more ingredient that makes the Christmas story real, and so special and forever lasting; our love needs to be shared.  That is the radical message, the world changing message that Jesus came to deliver to all of us.  This world, our world where injustice and poverty and loneliness and discrimination and pain and prejudice and inequality and hurt and war are a part of our everyday existence can be changed because with the love of God and our shared love for each other all things are not only possible, they are by all means achievable.  That is the message, the real Christmas message that Jesus’ birth represents, and the message that opens our hearts to all the possibilities that can be accomplished with love given and love shared.

On Christmas Eve and Christmas Day we live out the good news that Jesus came to bring love to the world.  That is a real thing, a real event and it demands and commands a real response. I am sure you have all heard the true story of how on one Christmas Eve in 1914 during World War One that an unofficial, unplanned and unsanctioned ceasefire took place along the Western Front.  Carols were sung on that Christmas Eve and on Christmas day the fighting stopped altogether and soldiers came out of their trenches and exchanged small gifts and even a soccer game was played.  Indeed the local group Chor Leoni had a dramatic re-enactment of it on this its one hundredth anniversary.  What is not so widely known is that this event shocked and horrified the military leadership on both sides and strict orders were given that should it happen again, participants would be court-martialed and would face the firing squad.  The event was not repeated in the remaining years of the war.

But it does beg the question, how could the birth of a baby cause combatants in one of the largest conflicts in human history to lay down their arms, if even ever so briefly, and embrace each other as though they were fellow passengers in life, bound on the same incredible journey?  I think the answer is as remarkably easy as it is profound; the birth of Jesus represented for them a hope in humanity and a love for people that was larger than the war itself.  That birth allowed them to forget their orders from the generals that they should kill each other because on that night Christ was bigger, on that night love was bigger, and that night allowed them to see each other as Jesus would teach them to see each other, as children of God, as members of the human family because that night for them was Holy and they all knew it and they all decided to share it.  On that night God stopped a war, God stopped the biggest war the world had ever seen – and the King Harrods of that time we terrified.

We truly celebrate Christmas when we give glory to God by living and engaging in the good news, by becoming ourselves the embodiment of love in the world, and we do this by whatever way we can searching for justice, by helping the helpless, by restoring right relationships and we also do this by delighting in the life that was given to us.  The precious gift at the center of this all is the birth of Jesus and we are asked to share this incredible present with all those whom we meet.

My sister, who now lives in North Carolina, volunteers at a food bank there and about this time a few years ago she was handing out Christmas food packages for the needy in her area.  It was my sister’s job to hand out the turkeys and it was very clear that there were not enough of these for all the people that were in the line-up.  My sister handed out the last one and the next person in line was a large woman with her children in tow.  My sister started to apologize to her that there were no more turkeys and then my sister started to cry.  She had become overwhelmed by the situation, by the unfairness of it all, by the helplessness she felt and by the unrelenting need staring at her right in the face.  She broke down in tears and cried.  Do you know what happened next?  That large woman came around the counter and hugged my sister and said, “It’s all right child, you are doing the best that you can, it’s all right you don’t worry about a thing, it will all be just fine”.  The woman who would not be getting a turkey for Christmas dinner that year for her family was comforting my sister.  This woman opened her heart freely and embraced my sister as a fellow traveler, bound on the same incredible journey.

So here is why we are here tonight, here is what stopped the war and made a hungry mother hug my sister.  Here is the Christmas story.  About two thousand years ago in a town that was rocky and dirty and made dangerous by the overcrowding caused by the census, a young unwed couple tired from their long journey was frantically searching for a place to stay as Mary was about to give birth to her first born.  They were met with scorn and rejection; there was no place for them anywhere.  At the same time and a short distance way from that town some foreign workers, making a meager existence as shepherds, were taking their night watch over the sheep in the peril of the evening desert.  They were cold, dirty and hungry.  Back in the town the young couple finally and just in time found a place of rest, but it was a barn.  Their child would have to be born among the dirt and the animals and the filth and all would be exposed to the chill of the night.

In the sky, in the dark open sky seemingly directly above that village and that barn certain stars were beginning to align and were creating a bright light, a light that had not been witnessed ever before.  It was as if, just ever so slightly, the earth was turning on its axis and the stars many light years away were focusing their brilliance for a reason.  God entered the world in near squalor and the first people to hear of it and visit him would be the poor and the marginalized.

That is such a fantastic and unlikely and unexpected entrance of God into our world that as Basil of Caesarea said in the third century, “It makes both ears tingle”.  All over the world tonight people are celebrating in many different ways this one singular event.  From palaces to soup kitchens, from tranquil places to areas rocked by war, from ships on the sea to the largest cities and the smallest of hamlets, we sing praises to God tonight for the birth of Jesus.

And in all of these places the most powerful acknowledgement of this grace given to us is the love that is shared with family and friends and even with strangers.  It is the love that looks across the dinner table and silently says in the corner of your mind, ‘thank God for everyone here, I love them so very much’.  It is the love that runs deeper than words can tell, and a love that is beyond all measure.  It is the love that makes you want to shout out, “God bless us, everyone”!  And God has blessed us, each and every one of us with his precious gift of love.  The earth tonight, if just ever so slightly, is once again turning on its axis and hope, real hope is being born in our hearts.  Let us open our hearts freely and think of all of God’s children as fellow passengers in life bound together on this incredible journey.  When we do the birth of Jesus is fulfilled and all our hopes and dreams once again become possible.  Love is born again today.  Merry Christmas, Merry Christmas to each and every one of you.  Amen.