Faith The Size Of A Mustard Seed 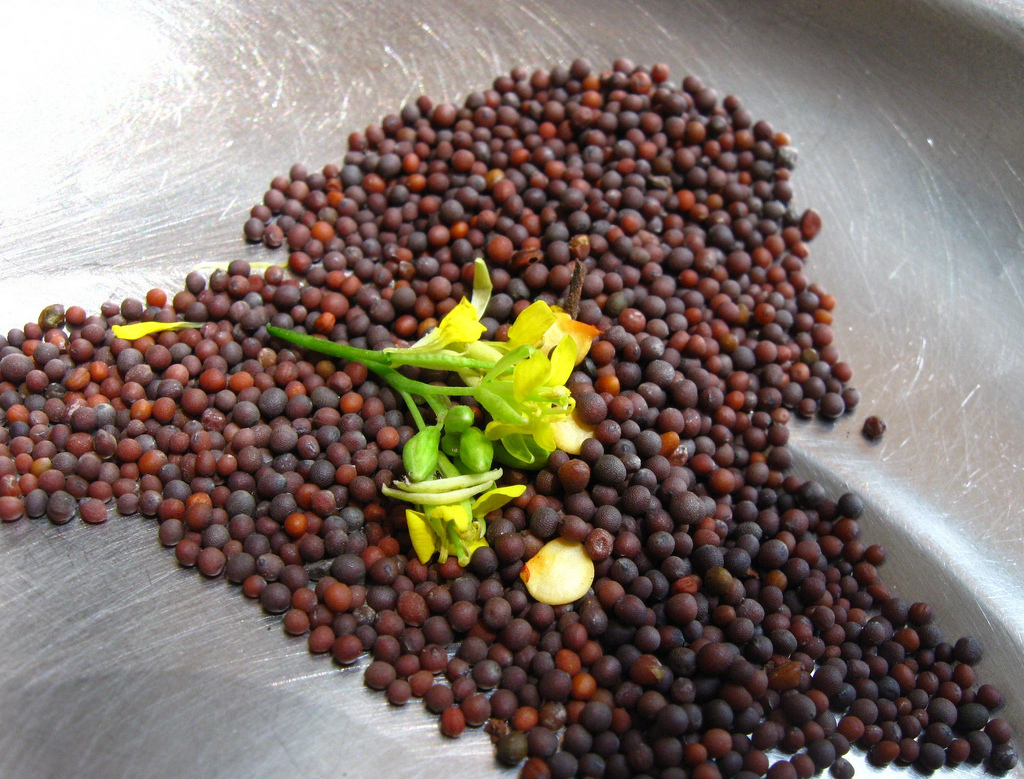 In 1985 the popular and famous astronomer Carl Sagan published a fictional book entitled Contact.  The book tells the story of how a small group of scientists had discovered a radio signal from somewhere out in the galaxy that obviously came from a planet other than our own.  This signal proved beyond any doubt that not only was there intelligent life behind this signal, but that it was most probably from a society far more technologically advanced than earth.  In 1997 the book was made into a movie of the same name and Jodie Foster played the lead scientist who found the signal.  I personally love this movie for many reasons, but one of them is that the book and the movie deal with both the scientific and spiritual issues involved in dealing with the fact of intelligent life on other planets.

At one point in the story the earth community has to decide who will travel in a machine that will presumably take one earthling to this distant planet.  The Jodie Foster Character, Ellie, argues that it must be a scientist, and that in fact it would be best if it were she, even though she is an atheist.  Others feel while it should be a scientist that person should have some spiritual beliefs, as does 95% of the world’s population.  At one point in this debate Ellie runs into an old friend who believes the person to go should be a scientist who has faith in God.  Ellie argues against this and says to her friend how can he prove that God exists?  Her friend knows that Ellie was brought up as a single child and that her late father was an only parent and that the two of them were very close.  To prove his point he asks Ellie, “Did you love your Father”?  She answers with some indignation that, yes, of course she did, and then her friend says to Ellie, “Prove it, prove to me that you loved your father”.  Ellie realizes of course, that she cannot ‘prove’ this; she cannot prove that she loved her Father because love is not quantitatively measurable.  Love is something that manifests itself in the heart, mind and body of the soul carrying it, and the only possible measurement of whether it exists or not and the extent to which it does, is the faith and feeling of the soul giving it, and the faith and the feeling of the other soul receiving that love.  You can’t measure it, but it is the most powerful feeing, it is the most powerful word, it is the most powerful aspect of our human nature and we would be completely lost without it.  Hold this thought for a moment and I shall come back to it.

However, before I talk about this we need some explanation of the original Greek text that relates to all these quotes in the four Gospels.  The Greek language has only two kinds of ‘if’ clauses: those which convey a condition contrary to the fact as in, “if I were you” and those which express a condition according to the fact as in “If Jesus is our Lord”.  The conditional clause we hear in the Gospels regarding the mustard seed as a measurement of faith is this second type.  Therefore a much better translation of “If you had faith the size of a mustard seed’, would be: ”If you had faith the size of a mustard seed, and you do, then…” Therefore Jesus’ response to the disciples’ request of giving them more faith is not a reprimand for an absence of faith, but an affirmation of the faith that they already have, and an invitation to live out fully the possibilities of that faith.  Therefore Jesus is telling His disciples that they have more than enough faith to meet the challenges they may face and the journeys they need to travel.

But the question I ask myself is how is Jesus so sure their faith is strong enough and why does He use such an improbable metaphor, recalling as I mentioned, in the Gospel of Matthew and Mark in the same story Jesus says, “If you had the faith of a mustard seed, and you do, you could move mountains”.  Mountains?  Really?  Ask a mulberry bush to the sea?  Why doesn’t Jesus just say, “If you had the tiniest bit of faith you would believe in God”?

Let me relate to you a true story that happened to me a couple of years ago.  A very, very good friend of mine who would describe himself as an atheist went through a very difficult personal trial.  Without going into too much detail he found out that a loved one of his might be diagnosed with a very serious condition that if proven correct would have been fatal.  He himself is a scientist and knows something about this condition, so his fears were not completely unfounded; in fact he had every reason to think this was indeed the case.  For two weeks while tests were being done he feared the worst for his loved one.  My atheist friend told me that for the first time since he was a child and his mother made him kneel down and pray before he went to bed, he got on his knees and prayed to God.  He told me that he didn’t ask God for a cure, he didn’t ask God to take this particular cup away from him and his loved one.  What my friend prayed for was this: God if you are there, if you really exist, please give me the courage and the strength to go through this and the wisdom to know what to do, amen.  In the case of my friend I don’t think you would have seen it, I don’t think you would have felt it, but a huge mountain just moved.

If I may I would like to take a quote from one of my favourite hymns, St Patrick’s Breastplate. “Christ be with me, Christ within me, Christ behind me, Christ before me, Christ beside me, Christ to win me, Christ to comfort and restore me. Christ beneath me, Christ above me, Christ in quiet, Christ in danger, Christ in hearts of all that love me, Christ in mouth of friend and stranger”.  My dear friends in Christ, God is powerfully with us and loves us more than we could ask or imagine.  God is literally within us and while we are human and will make mistakes and never live up to the promise of perfection, we can revel in joy and laughter and life and not be afraid because the power of the love of God is with us.

What Ellie in the Movie Cosmos did not understand is that the power of the love she felt for her Father and the love he had for her is the same kind of love God has for each and every one of us.  She could not understand it because she was approaching the reality of God from the standpoint of scientific probability and empirical analysis.  The love of God and the power behind it, within it, and through it cannot be measured or understood in such terms.  My good friend’s reconnection with God was a mountain moved because his faith, as small as it was, was enough to realize that the power of the love of God can transform us even when we are weak and vulnerable and tired.  Indeed, Jesus came to earth to let us know that is exactly when God holds us most dearly, most closely.

It has been said that love is faith in action, and in many respects I believe that to be true.  Life can be and is hard and cruel at times.  Terrible tragedies can and do befall us and we can feel lost and alone and inconsolable.  Just as we fall short in being the perfect person because we are human, we can also suffer calamity and outrageous misfortune because of it, and for whatever reason that is also a part of the human journey.  But when we do go through this we are not alone because love is faith in action and the love of God is always there for us if we but have the faith to ask for it.  Jesus is saying in your time of trouble even if your faith is dim and distant, even if it is small and weak call on God for help, call on God for love because God will be there for you.

Who really needs to move a mountain over here or plant a mulberry bush in the sea?  These would of course be remarkable feats, but what would they accomplish?  They are of course metaphors, but metaphors with truth and weight behind them.  Jesus is saying if we have just a little faith, and we all do, we can move our own personal mountains found within.  And when we do, when we move those mountains from within, we will in time have the courage, the strength, the joy and the laughter to do the things and accomplish the possibilities that seem so daunting at first.  If you have even the smallest bit of faith, and you do, connect with God today and start to change your own geography from within.  Amen.