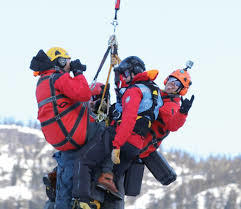 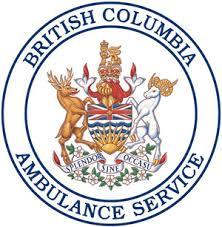 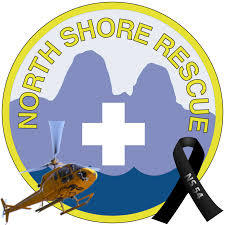 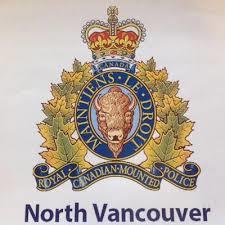 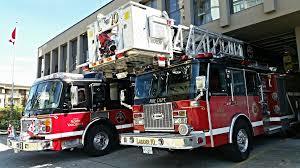 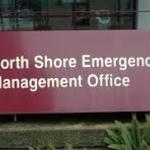 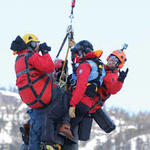 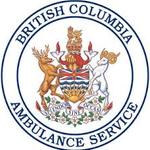 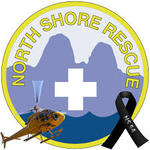 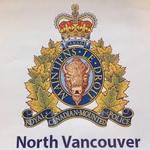 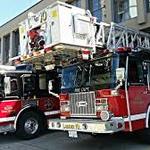 Ever since the invention of photography there seems to be in every modern historical period a picture that captures the essence of that era, or of a social movement within it, and in some ways defines that period. For me, some of these pictures would include the one taken in New Westminster of the long parade of Canadian soldiers marching off to World War Two and a young boy runs from his mother and reaches out for the hand of his father. Another would be that of an astronaut standing on the surface of the moon with the blue and green sphere of our earth floating in the background. I mention this to you because as I was thinking about today’s service where we will bless our community’s First Responders a famous picture came into my head and moved me greatly this past week, as it did the first time I saw it. It was the photograph a firefighter holding the lifeless body of an infant child who had been pulled from the rubble of the Murrah Federal Building after the Oklahoma City bombing. The event and the particular tragedy that this picture depicts are of course horrific and seemingly defy any sense of humanity.

I decided to look at that picture again this week and while it once again brought me to tears, I noticed something that I did not recollect from my memory. This first responder was holding the child very tenderly; he had taken off his gloves and was cradling the infant so that he could look into the baby’s face. In this horrific event, in this dreadful tragedy, in this difficult picture there was also a slice of humanity, there was a powerful grace, there was a love that no one could destroy. In looking at that picture again I had the strong sense that God was very present in that moment. I have heard it said by many first responders that when they initially get that call, the call to respond to their next emergency, there is at least for a moment an unsettling feeling in the pit of their stomach. It is the feeling brought on by the fact that they do not know exactly what they are heading into. How dangerous is this one going to be? How will the civilians around me react in this situation? How courageous will I have to be? How much time will I have to react?   Will there be violence? Will I get hurt? Our first responders are highly trained professionals and in my personal dealings with them I have always been tremendously impressed by their skills and the way in which they care for those whom they serve.

But the fact of the matter is their work is inherently dangerous and by its very nature physically and emotionally challenging. Ambulance attendees and paramedics, members of the North Shore Rescue, firefighters and the police can get seriously injured in the course of their work, and as we all too sadly know some are killed in the act of saving others.

As I was working through my thoughts on this it occurred to me that in the feelings these first responders have to the new call they receive - the next call to the next emergency - there is quite often an equally powerful and yet opposite reaction at the other end of that call. I am absolutely sure most - if not all of you - have had this reaction to one of these scenarios. Someone has just collapsed, perhaps a loved one. You have just seen a bad automobile accident. You smell the acrid scent of smoke and immediately know something is wrong. You become aware a loved one has gone missing. You see a crime in action or sense something very suspicious. Someone is breaking into your house. You yourself feel very ill or have hurt yourself. Then the emergency call is made. The situation you saw or experienced is getting worse. You have a sick feeling in the pit of your stomach because you don’t know what to do and you don’t have anything or anyone to help you. The situation is still getting worse, and then in the distance you hear it. You always seem to hear them first. In the distance you hear the sound of that brilliant siren and you think to yourself, “Thank God, help is on its way. The professionals are almost here”. The situation may get worse still, and its resolution may not necessarily be a happy one, but that feeling of helplessness is gone because those whose job it is to save and protect others are here. The first responder’s understandable apprehension about their next call meets our great relief that they are there 24/7 and are bringing their considerable skills and resources and humanity and yes, grace, to our situation.

I also genuinely believe that as soon as the emergency is identified, any emergency, as soon as people start to react to it, as soon as emergency services are called and as soon as they respond to it, the hand of God is playing a role in the situation. The fact is, I deeply believe, God is a vital part of all of this. Ours is a creator God, a God who loves us beyond all measure and wants to build us up to be the best we can possibly be. Our God does not destroy or demolish, but puts things back together and helps to make us whole.

In the Gospel today the Leper begs Jesus to heal him. We must remember that in the time of Jesus those with leprosy and other visible diseases would have been shunned by their community because they were thought to be unclean. It would be thought that they had done something wrong, or that their parents had done something wrong, and they were being punished for it. The leper was unclean and therefore considered ungodly, and in a very religious society such as it was this meant banishment, poverty and likely a lonely death. In the Gospel reading Jesus reaches out and touches the man – that alone being an act of blasphemy – and heals him, Jesus makes him whole. Jesus does not ask what the man did to deserve this; He just looks at the man, takes pity and immediately heals him.

It is simply and profoundly in God’s nature to put things back together, to mend the broken, to heal the unhealthy, to build up what has been destroyed and to bring peace where there is fear, chaos, anguish and distress. It is simply and profoundly in God’s nature to answer an act of ruin with an act of love. It is often asked in the aftermath of catastrophes both large and small, “Why did this happen? Where was God in all of this? Why didn’t God stop this from happening”? I do not have a completely satisfactory answer to this question other than to say the God I know doesn’t want a catastrophe to happen; if God could prevent it She would, but for some reason He cannot. What I am certain of is that Jesus reached out and immediately healed the leper.

What I am sure of is that Jesus saved a woman from stoning, fed the hungry, made the blind see, forgave the unforgiven, made the poor feel wealthy in spirit, listened to the lonely, welcomed the unloved and the undesirables to His table, comforted the grief stricken and loved and believed in them all. What I am sure of is that Jesus died for these beliefs. What I know in faith is that Jesus rose again to show us that this kind of love is what we are here for; that we are to serve others as best we can and to be a personification of love, hope and humanity to those who are in need of it.

We are therefore all called to help and to serve others, but it is our First Responders who have been uniquely called because of their skill and dedication and desire to do the work they do, to be on the front line forces that face catastrophes both large and small. Where is God in the heart attack of a loved one? God is with the Ambulance Attendees who know what to do and how to reassure both the patient and their family. Where is God when hiker gets lost? God is with the North Shore Rescue as they prepare, plan and carry out their search. Where is God when we feel an earthquake? God is with the North Shore Emergency Management team as they coordinate a response. Where is God when the family home burns to the ground? God is with the firefighters who rush into that burning house to make sure the family itself is safe.   Where is God in an act of domestic violence? God is with the Police officers who bring peace to the situation and start the long process of justice and healing. Where was God in the Oklahoma City bombing? She was with that firefighter holding that baby and with every other first responder who was healing the hurt, moving the wounded, grieving the loss, investigating for the sake of justice and putting humanity and grace back into the situation. I truly believe God arrives on the scene with our First Responders and holds them in His love.

The work our First Responders do is so incredibly important to our community. We live in a world that is at times dangerous, where accidents and violence and tragedy can arbitrarily strike us without notice and harm our loved ones or ourselves. Our First Responders step into the situation and regularly put themselves at risk so that they might serve, protect and save others. I believe the call to do this kind of work is a very high calling indeed. They are called to the worst of circumstances and are asked to be courageous and march in, when the obvious thing to do would seem to be to rush away. The men and women who serve us in this way deserve our honour and respect. They remind me of what Jesus said to His disciples, ‘No one has greater love than this, to lay down one’s life for one’s friends. You are my friends. I am giving you these commands so that you may love one another’. Theirs is a high calling indeed, and we at Saint John’s Anglican Church are very pleased that representatives of these services could be here with us today. We sincerely hope that you will extend our gratitude and God’s blessing to all of your colleagues.

Let us end with prayer. God in heaven we thank you for giving us the opportunity to recognize and thank the First Responders of our community. Please be with them as they do your work in serving and saving your people. Let them know that they are loved and held by you and that your light guides them and protects them. Walk with them this day and in the days and years to come as they fulfill your call to them. In Jesus Holy name we pray. Amen.