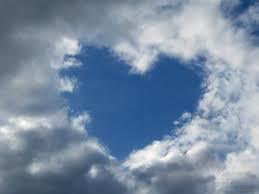 At the end of the Gospel reading for today we hear these instructions: love your enemies, do good to everyone, bless everyone, pray for everyone and always do to others as you would have them do to you. In the same section from Mathew the Gospel says, “Be perfect, therefore, as your heavenly Father is perfect”. Whenever I run across a word in the Bible that suggests in its meaning an absolute, as the word ‘perfect’ does or as the admonitions from Luke do, a little red flag runs up an imaginary pole in my mind and I make sure to look up that word in the original Hebrew or Greek in which it was written, and see what is really going on. The sentence in question from Mark is really quite straightforward - be perfect as God is perfect. It doesn’t say try or do the best you can, and it certainly does not leave any room for error or second chances. It says be perfect.

Before I tackle the translation of this word ‘perfect’ let me share with you wonderful poem by the New Zealand poet Joy Cowley. Cowley's poem is entitled A hymn To Imperfection.

Yes! You know Weakness as in failure!

Let’s celebrate the slips and slops

the drops and falls and oh-ohs

that teach us wisdom and compassion and patience

and humor and understanding

of what it means to be not a human being

but a human becoming.

Let us celebrate all the opportunities for growth

that were ours yesterday and today.

Let’s celebrate for ourselves.

Let’s celebrate for each other. And while we are at it,

let us give thanks for the mistakes we will make tomorrow.

If we find them painful or a bit embarrassing

we can remember that perfection means having no room for improvement,

no need for anyone else,

and who wants that?

Let us be grateful, oh so deeply grateful,

that God is still shaping us.

And so back to my little red flag that raises itself whenever I encounter a word or phrase that contains an absolute meaning in the Bible. If we go to the original Greek text what we get is the word “teleious” and “teleious” is much better translated into English as the word “mature”. The sentence therefore really reads, “Be mature, therefore, as your heavenly Father is mature”. This use of the English word “perfect” goes all the way back to the King James version of the Bible and I can see how four hundred years ago a scholar might decide that the word ‘mature’ needed a little more heft behind it when referring to God. ‘Surely God is more than mature’, he no doubt thought, ‘God is perfect’. This is of course conjecture on my part, but I am fairly sure I am not too far off the mark. The point here though is this; that the original author, the writers of the Gospels of Matthew and Luke used the word mature and quoted Jesus as ending His pivotal Sermon on the Mount with the words, “Be mature, therefore, as your heavenly Father is mature”.

Indeed, in the Gospel today, and again this reading is from the concluding section of Jesus’ Sermon on the Mount speech, we hear Jesus deliver one of his most radical of all teachings. Jesus says, “Love your enemies”. In the ancient Middle East and throughout the Mediterranean world at the time this belief, this idea to love and even pray for those who hate you, who would have your demise, would have been culturally appalling. In point of fact, retribution was an important component of their social system and was closely followed so as to maintain the honour of one’s self, one’s family and one’s tribe. To allow one’s enemy to get the best of you would bring great shame upon you and your kinsmen.

For Jesus to turn around and say His followers must love their enemies and even pray for them was not just countercultural, it shifted the entire social paradigm from one extreme seemingly to another and the other being its diametric opposite. If someone wrongs you, if someone hurts you or hits you or hates you, Jesus is saying, do not look to get even, do not look to better or best them, instead find it in your heart to understand them so that you may come to love them, so that you may come to the genuine need to pray for them. It was a radical message and it still is today. As I mentioned I assume you have heard this before, that this teaching of Jesus in particular is radical. My hope is that in its repetition it does not lose strength or importance. The word ‘radical” comes from the Latin word “radix” which means root as in forming the root or being the root of all things. Something radical therefore is not whimsical or something that is meant to flash in a pan and be gone the next moment. Radical means affecting the fundamental nature of something and that this fundamental change will have far-reaching implications and permutations.

It is well known that Mahatma Gandhi was a believer in the teachings of Jesus, even though he would not call himself a Christian, and in particular Gandhi was influenced by Jesus’ Sermon on the Mount. Gandhi’s movement of nonviolent resistance, which would in the end topple a repressive and well armed imperialistic regime, was a direct antecedent to the decree of love your enemies. The Sermon on the Mount was radical – it became the root for the tree of peace - and it’s call for fundamental change had far reaching implications and permutations. Dr Martin Luther King Jr. took up the banner of nonviolent resistance from Gandhi and started his own movement that would provoke pivotal change.

I have here before mentioned the civil rights movement in the Southern United States and in particular the march in Selma Alabama. I am fascinated by this important part of history for North America and the world because there is so much we can learn from it. What we should also remember is that this particular march was in response to the senseless murder of an elderly African American woman by a white police officer.

What strikes me in this story is that when the protesters came the crest of the Edmund Pettus Bridge, they clearly would have seen the line of armed troopers and dogs and horses and clubs. When they marched forward they had nothing to protect them selves except the notion that their cause was right, and that the hate that was represented before them was wrong. If the protesters had had enmity toward their enemies they would have marched with weapons and violent intentions. If the protesters were looking for retribution, looking for an eye for an eye, they would have been satisfied only with the death of at least one white state trooper. But instead they reached the crest of the bridge, looked down at their oppressors and walked nonviolently into brutality because as Dr Martin Luther King Jr. said, “I believe that unarmed truth and unconditional love will have the final word in reality”. And it did, and I believe still does.

At the very end of the Sermon on the Mount Jesus says, “Be mature, therefore, as your heavenly Father is mature”. Jesus knew that the message to love even your enemies and pray for them was radical and would reach through time and make fundamental changes in the way we interact with each other. He knew as well that every single one of us is an imperfect human being. I know that Jesus would heartily agree with Joy Cowley that we should be grateful, oh so deeply grateful that we are imperfect and that God is still shaping us. Our experience here on earth is that we, with the help of God, are growing in grace toward maturity.

To truly love and pray for your enemies takes time and courage and education and trial and error and grace and growth and maturity. At more than one point in our lives we will all stand at the crest of some sort of bridge and look down on those who make us angry, who make our blood boil and no doubt our sense of justice will call for revenge. Jesus says to us try to find another way. The radical roots formed in the Sermon on the Mount speech also touched Dr King as he said, “Darkness cannot drive out darkness; only light can do that. Hate cannot drive out hate; only love can do that”.

Jesus was calling us to take part in a completely new way of thinking. Today Jesus is calling us to do the same. It can and has changed the world. In our own small way, and realizing that we are imperfect, let us be mature and take up the challenge of unconditional love for all people. Amen.