Thankful For The Message 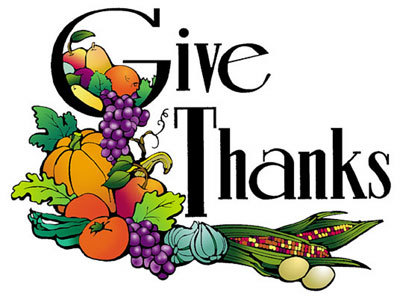 In my final year at the Vancouver School of Theology I had the good fortune to direct a student and faculty production of the musical Godspell. The production was a special project for me to be involved in, not the least of reason why was the fact that most of the performers had never acted before and this was their introduction to theatre. I was both very pleased and amazed at how well they all did and how good the production, if I may say so myself, turned out to be. I am sure most of you have seen or at least heard of the play Godspell; it is a fairly modern version of some of the Gospel stories and these stories are acted out and musical numbers are sung and danced. There is throughout almost all of the script supposed to be a cheerful play-like atmosphere to the show.

I mention this to you because one of the scenes in the play is the story of Lazarus and the rich man, the Gospel reading from Luke we heard today. In the production I directed I tried to bring out the humour and fun of the scene. The rich man would wonder around in king like purple clothing saying to himself, “It is good to be rich, it is good to be me, it is good to be rich, I’m as happy as can be’. Lazarus, on the other hand, I had dressed in a sackcloth and even the dogs who in the Gospel reading would not lick his wounds, I had go away saying to themselves, ‘That’s just gross’. When both characters died Lazarus went to heaven where angels would dance around him and sing hymns and chime bells. However the rich man in Hades was surrounded by fire and to represent this the actors flailed their arms around pretending to be flames. The two characters were at either end of the performing space to give the idea of a great distance between them so when the rich man called out to Father Abraham, it felt like they were communicating over a chasm that was impossible to cross.          The whole idea was to be overtly theatrical, to bring out and even play with the dramatic theme of the scene. It was fun to direct and I think fun to watch.

I mention this all because I am somewhat convinced that is how this story, this parable is to be read in the Gospel. The writer of Luke goes to great pains to make the rich man as rich and extravagant as he can possible be. He wears only fine linens and gorges himself at a sumptuous buffet every single day. On the other hand Lazarus is unable to move, slumped at the gate of the rich man and so covered with sores that even the dogs would come and lick them. Now if you were starting to think this is literary overkill, I would agree with you, the writer here is being overly dramatic. But, this is just the beginning of this parable – much more melodrama is yet to come.

Once in the grips of hell and eternal damnation the rich man finally sees the folly of his ways and asks if Abraham to send Lazarus to his house and warn his five brothers that living the life of riley and ignoring the poor can lead to this. It is like the epic disaster movie scene where one of the truly bad characters finally turns into a good person and says, “Don’t worry about me, I’ll just die here, but save the others’! But Abraham informs the rich man that his brothers already have the message in scripture from Moses and the prophets and that should be the only warning they need. The rich man makes a final and very melodramatic plea and says, ‘But if Lazarus goes they will know he is risen from the dead and they will believe this is from God and they will repent’. It is all big dramatic theatre, but then Abraham closes the story with this observation, “If they do not listen to Moses and the prophets, neither will they be convinced even if someone rises from the dead.” This very melodramatic and circus like parable is thus ended, so que the elephants and the clowns and get ready for the next act if you please.

So why does the writer of Luke here over dramatize the story? Why is it so exaggerated and big and boisterous and so melodramatic? I think is it all about dramatic contrast. Let me show you what I mean here. The whole story about this rich man and this poor man is over written and over acted and over dramatized and in the end we get this very interesting and almost cryptic conclusion. To repeat, Abraham says, “If they do not listen to Moses and the prophets, neither will they be convinced even if someone rises from the dead.” But notice who the author of Luke names to be the one who would come from the dead and give notice to the five brothers – his name is Lazarus. This is the only time in Luke that we hear the name Lazarus. The next time in the Gospels we will hear the name of Lazarus is in the Gospel of John and we all know what happens in that story – Jesus raises his friend Lazarus from the dead.

So, if we are reading the Gospels like a book, the very next time we hear the name, Lazarus is raised from the dead.  While, I don't think the author of Luke, or John for that matter, meant these two characters to be the same person, this is clearly more than a coincidence.  Luke here is employing one of the oldest literary devices and is foreshadowing what is to come.  Abraham says not even the raising of the dead will make people see the error of their ways and to some extent this foreshadowing is accurate.  When Jesus does raise his friend Lazarus from the dead, according to the Gospel of John, it is the last miracle Jesus performs before His journey to Jerusalem and His own death upon a cross.  While some believed in Jesus as the Messiah before and after the raising of Lazarus, clearly this belief was far from universal, even among His own followers and disciples.  In this sense the parable we read today in Luke rings doubly true when Abraham says even the raising of Lazarus from the dead will not make people listen to the message of Moses and the Prophets.

What then would make people listen?  Again I think it is no coincidence that this parable further foreshadows the death and resurrection of Jesus Christ.  In fact I would say that is the beauty and brilliance of this parable.  It is presented in a very exaggerated and dramatic way and in the end, at the very last sentence the storyteller pulls you away from the circus like atmosphere and presents you with the stark and bold reality of the cross.  The contrast and foreshadowing is there to make us think and perhaps even to make us think hard about what we have just heard or read.

And what exactly are we supposed to think about this parable in the context of Jesus and the cross? How are we to think about the issues of poverty and what are we to do about the homeless and the hungry and the dispossessed in light of the resurrection? In His ministry Jesus healed one person at a time and while He was on earth Jesus said to His followers you will always have the poor with you. But His resurrection changes the whole story, it changes the ground rules of life, it changes what is and is not possible because Jesus’ coming to life again makes all things possible. The author of Luke skillfully reminds us that the prophets of old who pleaded with their people to end injustice and socially imposed poverty were many times ignored. The prophet’s message to look after the defenseless and the vulnerable went unheeded when it was delivered to the rich and the powerful of their day. The rich man in the parable of Luke is such a man; knowing but ignoring the prophet’s call to help the poor, even if he finds them on his very doorstep. Not even the raising to life of a dead man would shake their sensibilities.

But Jesus was not just any man and His death and raising to life not just any message. Remember that the Gospel of Luke contains the story of the Nativity; Luke knows the lowly beginning of Jesus, born in a cold and muddy barn to a young unwed couple. Luke tells us that he researched and studied the history of this child carefully and he can confirm and authenticate that this child was raised in the unlikely dusty region of Galilee and was trained as a young man to be a carpenter. More than any other Gospel Luke details how Jesus began his ministry at the age of thirty and healed the blind, the lame and the sick, how He welcomed outcasts and the black sheep of society to His table, how he believed in the absolute equality of all people, how he taught people to always forgive and to never ever give up on people, and how he showed us to love all others including those who we would call our enemies. And in the end, how he was the Son of God and how he was crucified, died and was resurrected.

This was not just any man and his was not just any message. I believe in the parable of the rich man and Lazarus, Luke is telling us a profound truth, a truth that can change the world. This parable is not about God’s message being ignored by a few, it is about possibilities for all humankind. It is not about God wagging His finger at the rich man and punishing him for his contempt for the poor. It is about awakening in us a recognition that the way things are can be changed if we have that dream. It is about how we can make a difference even in our own small way to make the world a better place. This parable foreshadows the message that with Christ risen all things are possible, not just in heaven but on earth as well.

The reality is the world can be one without poverty, and God calls us to do our part however great or small. Would the raising to life of one dead person today make the world turn it’s head and do something about the almost obscene disparity between the rich and the poor? I don’t know, but I probably doubt it. Would a consorted effort of millions and billions of people over time make a difference? I can’t help but to think that it would. That was the message in the life, the ministry, the death and the resurrection of Jesus Christ, and it still is. And on this weekend of Thanksgiving that is something to be thankful for indeed. Amen.