The Liminal Period Of Jesus 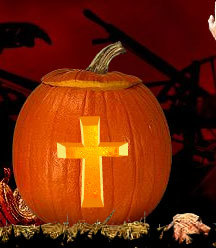 Perhaps I have mentioned to some of you before that I am a huge fan of Halloween. I also like the fact that All Hollow’s Eve and All Saints Day overlap each other in a kind of spooky-saintly sort of way. So today I decided to make my sermon ‘Halloweenesgue’. And as the lectionary would have it, I can indeed relate a strong sense of the Halloween spirit into the Gospel text for today. However, before I do here are two completely unrelated, but fun Halloween treats. The first is a short but real Halloween prayer from Scotland that I am sure many of you have heard before:

From ghoulies and ghosties And long-leggedy beasties And things that go bump in the night, Good Lord, deliver us!

The second is a story. A number of years ago now I went to see the play Dracula done by the Art’s Club Theatre. The theatre itself was the old one on Seymour Street where the audience was seemingly right on top of the stage. As the play started the house went completely black and you could not see a thing. There was a moment of intriguing darkness and silence and then in a flash all the lights went up and there right before you was standing count Dracula himself. Most people in the audience, including myself as I recall, screamed. The count, I presume happy with the reaction, had a sardonic grin on his face and then in a wonderfully Transylvanian accent said “Gooood Evenink”. We all had a good laugh. As I recall the play itself was not all that great, but the performance by Dracula was superb, and the young and up and coming Canadian actor who played him was Brent Carver.But, now to the sermon.

As I mentioned at the start there is a wonderful connection between the Gospel reading today and the sense of fun and theatre and play there is in Halloween. As many of you know I come from a theatre background and I have been for a long time intensely interested in the importance of the interplay between theatre and ritual. I believe ritual and theatre are powerfully interlinked and go to the core of how we express our beliefs, our desires and our hope in society, and how we connect with God. In fact I think ritual, theatre and a sense of play are so important that they in fact help cultures to grow and to succeed.

The British cultural anthropologist Victor Tuner convinced me of this a number of years ago in his very important book entitled “From Ritual To Theatre, The Human Seriousness Of Play”. In this book Turner talks about the liminal period in human culture. The word “liminal” means ‘threshold’ as in the period where one individual or a society is moving from one stage of development to another. The classic example of this is adolescents, where one moves from childhood into adulthood. It is a liminal period because for a time the person is neither a child nor an adult. What Turner pointed out was the importance of ritual in this period. Most cultures have important rituals that help the person move through the liminal period into the next stage of their lives. The Bar Mitzvah in the Jewish culture is an obvious example of a ritual that helps the participant define their movement, as in our example, from childhood into adulthood.

However, what Victor Turner was particularly interested in were the changes and movements of societies. He pointed out that all societies change over time - they change over time for good or for ill and whether they like to or not. If we look at North America, for example, I would argue that we have had major societal shifts almost every decade starting at the turn of the twentieth century. What Turner was looking at was the liminal period in which a society changes. He asked himself what forces are at work and come into importance when a society is in the midst of change. His conclusion was that the performing arts – theatre, music, dance and such – have a vital role in this liminal period because they literally play with ideas, and just like ritual they can persuade people to move from one stage of thinking to another. The performing arts, if you will, become a kind of societal court jester that tease and cajole the authorities of that society to the point that they dare, in order to affect change and see it through.

The idea of a societal court jester is a good metaphor because it conveys both the sense of play, of having fun with something and pushing the boundaries of the way things are. Anyone my age or older will likely remember the image of a hippie flower girl putting daisy stems in the barrels of guns that were pointed at her, and I would argue her playful act of defiance helped, if even in a very small way, to end the Vietnam war. Indeed it is the playfulness in this liminal period that is the key. Most people do not like or are at least wary of change, but if the need for change and the route by which we can get there are presented at least in part in a playful manner, people are much more willing to give change a chance. In the liminal period, in the threshold between the old way and the new way, playfulness becomes a welcome companion and a catalyst to change.

And so last night was Halloween, All Hallows Eve – the night before the day we put aside to remember the dead. And the eve or evening of course is in folklore is the night where the living and the dead may coexist. It is, if you will, a very liminal period. Both the living and the dead may cross each other’s threshold this evening. What I truly like about Halloween is the way our culture has made it a playful event. We celebrate this evening by dressing up in scary costumes and the like and have fun with the spookiness of it all. And what I particularly like is the way children seem to innately know how to act the part when they put on their costume. For example if you put a bear costume on a six year old they instinctively know to make them selves big and lumbering and powerful. If you put a Tinker Bell costume on they become light, bouncy and energetic. Children have great fun because they sense Halloween is a time when some of the rules of normality are thrown out the window and in this liminal period they can push the boundaries just a little bit, and that to can be great fun.

And now my very patient and kind parishioners I am getting to the point.   Most of the New Testament and by this I mean most of the stories and most of the people in the stories in the New Testament are written in a liminal period. Jesus represents the new that is about to happen and this new will be radically different than the old way of doing things. The ministry of Jesus is the threshold between an old relationship with God and with each other and a new one. We see this in almost every story. When the shepherds are in the field, what do the angels say? They say, “Don’t be afraid, something very new is happening that will bring joy and peace to the earth”. When Jesus performs miracles how many times do we hear, “The people were amazed at what they saw”? At the last supper what does Jesus say to His followers? He says, “This is the new and lasting covenant for you and for many”. Jesus ministry is in a liminal period between something old and something new and this is indeed underscored I would suggest by a certain playfulness. The parables of Jesus, many of which we have been looking at in the past weeks, all have an important message to covey, but some also have a humorous aspect to them. For example there is the pious man strutting around the Temple thanking God that he is better than all the other people. And this playfulness is to help us on our journey from the old into the new way of thinking.

And now we get to the Gospel reading of today and the real point I am trying to make. The story of Lazarus and the rising of this dead man to life could not be more liminal in nature.   This miracle is the last one Jesus performs before heading to Jerusalem and facing his own death and resurrection. Not surprisingly this story is full of a powerful symbolism that in a way acts as a dramatic climax to the ministry of Jesus. Jesus’ good friend Lazarus had died and all his friends and family, most notable his sister Mary, not so gently chastise Jesus for not coming sooner and saving his life. But Jesus knows they are all living in a liminal time, Jesus knows he represents and is in fact the very threshold of change people had been praying for. With perhaps hundreds present as witness, the stone to the tomb is removed and Jesus says, “Lazarus, come out”! And the dead man comes out. Not one person there could have missed that message of change.

In that moment I sense – and don’t we all sense as we read or hear this story - an overwhelming feelings of relief and joy and freedom and indeed truth. In Hebrew the name Lazarus means, “God will help”, and in an instant Jesus makes this friend of his, this well loved brother of Mary and Martha a new man. Jesus fulfills this man’s name and makes him pure and makes him whole again. Jesus Himself is the threshold to something new. Jesus Himself says it at the end of the Gospel reading, “Unbind him, and let him go”. In a very, very real way Jesus is saying throw out what you thought you knew about the world before and welcome to the new reality, the reality lived out in the name of Lazarus – God will help. And that my dear friends changes everything on earth and in heaven.

It is nothing less than the amazing grace of God that pulls us from wherever we are into the light of love, peace and joy. Most of the people we read about in the New Testament live in an extended period of liminality. Even the disciples of Jesus need the proof of the resurrection to finally believe in the transforming power of the love of God. Lazarus is called and is immediately embraced and loved and is set free from death. Whenever we need to we can call on God for help and then touch the future. We don’t need to wait. As fun as it may be to be in the liminal period of our lives between this and that, all we need to do to cross the threshold is put our faith in Jesus. You can dress yourself up in many different ways on Halloween and into the future, but put your trust in God and you become the real you, the pure you, the you that is full of light, love, peace and joy. God is still changing the world one person at a time, and your time is always now. Amen.