The Story Of Jephthah 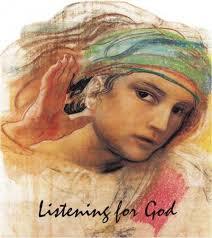 The story of Jephthah and his daughter in the book of Judges is a horrific tale. It is a sickening account of a man who invokes God’s help to kill his fellow man and, in the process, kills his only child as a human sacrifice. It is also the kind of story that can be used to perpetuate the world’s crushing treatment of women, particularly those on the margins of society. There is very little in this passage that I do not find repugnant; and yet, it is scripture and that will not change. What I can do is analyze it from various perspectives and, among other things, place the narrative in the context of the time the story was to take place, the time it was actually written and then apply to it a contemporary interpretation. While I find scant evidence of hope in this story, there is some. God, I believe, is always there, and while God’s distance in this narrative may be painful, I suspect humanity’s distance from God in this story and at times in our lives today aches God’s heart as well.

Approximately twenty-five years ago women started to go missing from the downtown east side of Vancouver. They were quite literally disappearing without a trace. Their family and friends did not notice immediately because of the work these women engaged in and their lifestyle. They were all sex trade workers, most were addicted to drugs and some had no fixed address. They were all on the margins of our community. They were in a way anonymous to society and the society in which they lived generally liked it that way. Largely because of their marginal existence and, I would contend, because they were women, authorities were incredibly slow in taking these cases seriously when they were finally reported missing. We now know that many and perhaps most of them met an end that very nearly redefines revulsion and human depravity. From the beginning to the end of this horrific tale these missing women, these children of God, were treated worse than garbage.

For me it is not a great leap to go from the general concept of women being the property of men, to do with as they see fit as in the story of Jephthah, to the specific story of the missing women. In some important respects I believe the story of Jephthah represents the worst kind of male domination of women that has, with profound consequences, worked its way through western civilization from that day to this one.   If a male dominated society views women as chattel, then it is hardly inconceivable that women could also be considered eminently expendable, particularly if they get in the way of the male ethos.

The story of Jephthah is a case in point. Jephthah’s daughter, for the most part, dutifully plays the role of victim and in the end she is rewarded with a rite that remembers her sacrifice. While the author of this story does convey some of the pathos Jephthah must have felt for his actions, it is also clear to me that as soon as his daughter stepped out of her house her fate was sealed. There was to be no reprieve as in the case of Isaac and his son. I cannot reach any other conclusion as to why this is the case than to say she was killed because she was a woman. As a woman she did not simply count as much as a man in a similar situation; this is an inescapable message in this story. I believe it is also an inescapable comment on our society today that if dozens of men had disappeared from, say, the affluent west-side of Vancouver, authorities would surely have reacted with much more haste and superior resources.

There are only three characters of note in this Biblical text: Jephthah, Bat-jiftah his daughter and God. Jephthah is a man of incongruities. He seems to be a sort of street-smart scrapper who, through circumstance, finds himself in the role of a statesman. He gives the king of the Ammonites a long list of why Israel has a right to the land in question, and then says that the Lord should be the one to judge between them. The spirit of God comes upon him, but he still feels the need to make a risk filled vow in order to assure his victory. He tears his clothes off when he discovers Bat-jiftah will be his sacrifice, and then seemingly blames her for his misfortune saying, “You have brought me very low; you have become the cause of great trouble for me”.

Bat-jiftah is, of course, an only child. Her age is not mentioned but by the social convention of the time she would have been relatively young in that she is unmarried and this would place her at the oldest in her early teens. She is also literate in the laws of the covenant in that she knows a vow to God, once made, cannot be broken, therefore one would assume she is not a child either. She mildly rebukes her father for, “What has come out of your mouth”. She also makes a deal with her father – having put her in this situation because of a deal – that she be allowed to spend two months with her companions in the mountains. I get the impression that this time intentionally spent away from her father is meant by Bat-jiftah to give him the opportunity for some much needed reflection.

The last character is God who is, as mentioned, remarkable silent in this narrative. I find the silence remarkable because I want God to step in and save Bat-jiftah and reprimand Jephthah for his unnecessary and egocentric vow. But, God does not. All we as readers know is the Spirit of the Lord is with Jephthah before he makes his vow.

For me, and on many levels, this story is about a lack of respect for human worth. The fact that Bat-jiftah is the principal victim at the hand of her father in a patriarchal society obviously helps to further define the parameters of meaning in the narrative. That is to say the story is an allegory of female subjugation in a world dominated by men. While society has changed in numerous ways since the author of this story put pen to paper, the world is still dominated by men, particularly the powerful elite, and as such still provide the prevailing cultural point of view.

I still think the story of Jephthah is objectionable. It angers me and I wish it were not in the Bible. This is not because I want everything in the Bible to be easy to explain and full of light and love. This can be an ugly and messy world in which injustices occur on a daily basis. The bible should and does reflect this. In fact if the Bible did not reverberate with the inhumanity of humanity it would be difficult to believe seriously; it is after all our story. Why I whish the Jephthah narrative were not there is because I cannot adequately explain the absence of God in it. Why does God save Isaac’s son and not Jephthah’s daughter? As I have explained here part of the reason for this must be the mind-set of the man or men who wrote it four thousand years ago. Women at this time were literally the property of men. However, even in this context Jephthah’s vow was still senseless, cowardly and full of evil. Where was God?

Some would interpret this passage on its face value. For them God was there. God delivers the Ammonites into Jephthah’s hand as promised, and as promised Jephthah makes good on his vow and kills his daughter however unfortunate as that may be. What this interpretation does though is to completely obliterate Bat-jiftah’s treasured nature as a loved child of God.   She simply becomes a foil for the violent hand of God. The problem is this interpretation is not without merit because that is how the story reads. It is an interpretation, however, that I reject absolutely.

The scribes who wrote the Book of Judges were trying to explain how things went so wrong in their society. Their answer was the people of Israel, including some of its Judges, had forgotten about God. Each of the tales in the Book of Judges tries to explain this from a different angle. The story of Jephthah does this as well, but does so in an awkward way. The author(s) of this narrative should have given more attention to the plight of Bat-jiftah. Her death should have been a tragedy, a further indication of a society where the love for God and the love for each other was breaking under the strain of self-interest. If they had done this, I believe the story would have been much more effective.

But, where was God? As I mentioned above I consider the ending of a story to be crucial to its theme and value. Indeed I always read the last sentence of a book before I buy it; if it does not engage me I leave it alone. The last sentence in the Book of Judges is, “All the people did what was right in their own eyes”. For them God was not there. God did not matter. They distanced themselves from God. In such a world compassion withers and violence has the final word. In such a world those who were already on the margins of society are swept away with no regard or regret. In such a world sex trade workers go missing without concern.

But that is not the end of the story. The Book of Judges is not the final word. The Israelites “Did what was evil in the sight of the Lord”, over and over again, but God never abandoned them. God came back and loved then over and over again. I believe if God had truly given up we would not have the Book of Judges or the Bible for that matter. As flawed as some of the stories in it may be, it is a wonderfully complex account of humanity’s struggle to connect with God and God’s unimaginable patience and love for us. Where was God for Bat-jiftah? God was and is in the telling of her story. Her story should remind us to be compassionate, peace loving, forgiving and always mindful of the vulnerable children of God.

The government of Canada has finally formed a Royal Commission into Missing Aboriginal Women. I wish this Commission well and I pray they delve deeply into the causes and consequences of these missing women even though the truth may be uncomfortable and at times appalling. How we as a society treats the least among us helps define our character as a society. I pray that we can learn from this Commission. I pray that we learn one child of God who has gone missing is one too many, and that as Canadians we can say, ‘as God loves us so much so we love each other and no one, no one get’s left behind on this journey’. Amen